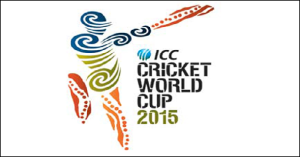 One of the supposedly grand event of Cricket – the ICC One Day World Cup ended today in a whimper. What was built up as an epic clash between the 2 Trans Tasmanian teams – Australia and New Zealand in the finals today turned out to be a boring one sided match with the Aussies ruthlessly grounding the Kiwis depriving them of their maiden World Cup win. And for us Indians, post our rather meek surrender to the Aussies in the Semifinals, today’s final was more of a side show. Not just the match today, but If you look back at the rather drearily long World Cup in the last 40 odd days, right from the league stages to the knockout there were hardly 4-5 matches which were exciting. The Semifinal match between South Africa and NZ must count as one of those matches which brought viewers to the edge of the seat I would reckon. Most of the other encounters were either one sided or falling to a predictable pattern. And more so, all the India matches were drab affairs though as long as the team was winning we had no qualms of the same.  But as an avid cricket enthusiast, for a major ICC event as the World Cup, there were very few matches which would be subject to post mortem again and again during water cooler talks in offices and paan shops in the coming days!!

I guess this trend has not just started with this World Cup. Over the years, the One Day format though extremely popular has been slowly entering a coma. But the just concluded World Cup I reckon has sort of hastened the Rigor mortis. It will be interesting to look at the possible causes for the same:

So for the ICC, the “Cup” must have ended but when they do an honest assessment of the recently concluded World Cup, they would realise that their “Cup of Woes” has just begun.  Which is to find ways and means make the next World Cup really engaging, interesting and exciting and not a 2 month long dull and drab affair with very few “rewind worthy” moments!!! And make (One Day) Cricket live up to its original cliché of “A game of glorious uncertainties!!!”

Postscript: After reading this, if you felt a “No, no, these grapes are sour” sense omnipresent in this piece after India’s #Wont Give It Back became history last Thursday– it is purely coincidental 😜😜