In the last few years, in airports across the world you cannot just miss one thing. The ambience at the airports may be different, the service levels may vary, but one thing which was common was the HSBC branding at the “Aerobridges” whether it was Los Angeles, London, Delhi, Singapore, Honk Kong or Tokyo.  I’m not sure of the year when it started but if my memory serves me right, it could be 2010/11 when HSBC kicked off its global campaign positioning itself as “The World’s Glocal Bank” and the one of the main medium they chose to carry this message across was the “Aerobridge” at most of the international airports across the globe.  In line with the campaign theme of being a “Glocal” bank, while the medium and treatment were unified on a pan world basis, the creative itself was localized and changed from one country to another.

So much so HSBC earned the moniker – “Airport brand”!!! Though there is nothing novel about branding in airports and this would seem as just another OOH  ( Out Of Home) medium this “Glocal” execution of the campaign simultaneously as I understand in some 25 odd countries in may be around 100 airports certainly falls under the “What an Idea Sirji” category.   In my earlier blog post – “Ideas Mela – What an Idea Sirji” ( read here), I had touched upon a few campaigns which used media innovatively to carry their message across. In this post, I am talking of a few more such ideas which I came across and felt worth sharing.  These are not creative ideas perse’ but ideas where the media chosen were different and hence groundbreaking. 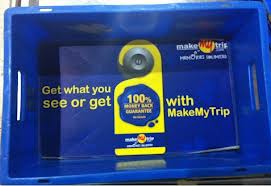 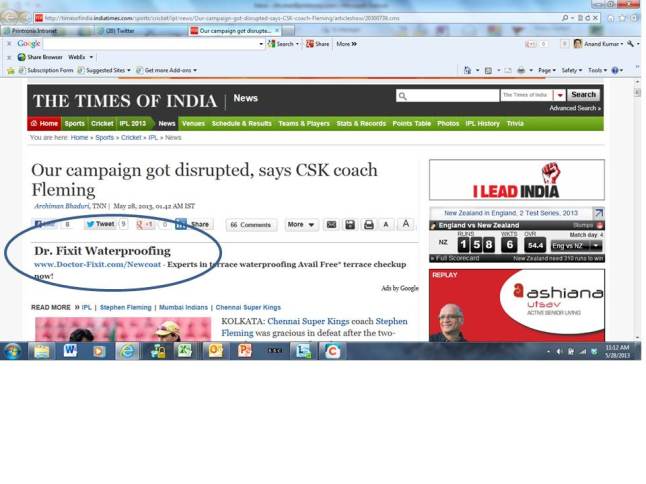 Now I’m not sure if the TRPs soared or for that matter if the said channel is continuing with Mahabharat as of now.  Similarly I am not privy to the sales revenues after the above so called great ideas were unleashed. Hence the often heard of “What an idea Sirji, but no impact on sales Sirji” remarks in the corridors of corporate houses and facebook walls will continue and keep us busy.  Nevertheless Great Ideas need recognition and celebration. If you have come across some interesting use of medium, please do share here.

Postscript: There is one more media innovation which I missed to cover here. That is of the use of “Modi Masks” during the last Gujarat State Elections. Among other things it certainly contributed in building the “Modi Persona”. It will now be interesting to see if the “ModI Kites” which have been unleashed recently, help in soaring of the BJP/NaMo fortunes in 2014.