First a disclosure. The topic for this post is lifted from the ace columnist Shekhar Gupta’s columns – the ones he usually pens on his sojourns to the rural heartland of India during election times to gauge the mood of the electorate and to see for himself the changes sweeping the country. This piece is on similar lines. One which is based on my recent visit to Coimbatore where I spent the last few days of the 2015 and rang in the New Year. Coimbatore is the 2nd biggest town in Tamil Nadu and by no means can be categorized as a rural heartland. It has been an industrial hub with a higher than average per capita income in the state and the country. But for those living in metros like Delhi, Mumbai, Bangalore or Chennai – Coimbatore is an idyllic place with much cleaner air and purer minds. And as you move further away to the suburbs of this town like Vadavalli the “Writings on the walls” are clearer. Let me attempt to recap some of those which I found interesting: 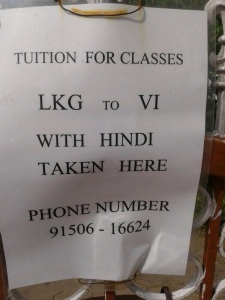 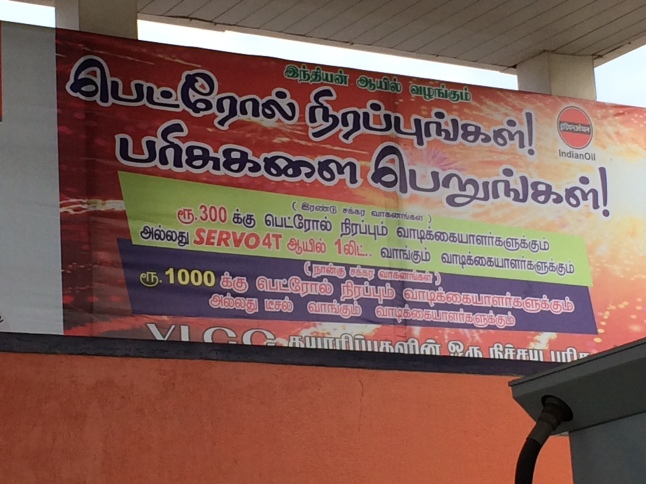 Written in Tamil, it was talking of a promo by which those filling up petrol were eligible for VLCC gift vouchers. Was interesting to see the aspirational connect. And as we drove further I would see many more billboards for VLCC beauty products (Like this one) 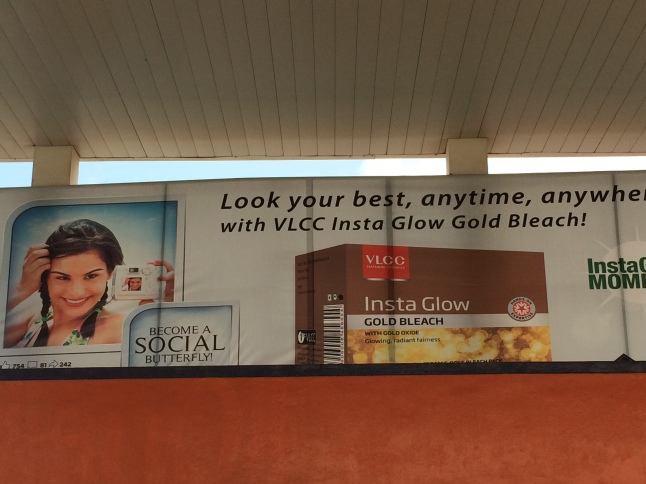 Now all these (except the last one) may not be unique to Coimbatore only. If one travels to a small town in Maharashtra, UP or Orissa the “Writings” may be similar. What is commonly wringing in all these so called “Writings on the walls” is the aspect of “Aspiration”. Whether it is craving for better looks or learning Hindi or wanting to ride a Harley Davidson or seeking better health, the new Indian (even senior citizen if I may add) is not satisfied with what he/she can make do with. But aspires for the better and the best.

It is this idea that Narendra Modi tapped into in his prime ministerial campaign successfully and rode to power. And it is important that his government doesn’t forget this aspect and does everything to fuel economic growth which will give wings to these aspirations at all levels. Ignore these “Writings on the walls” and the writing on the 2019 wall will be clear.