For few years now, Aamir Khan has been making December his own.  This year has been no exception. His latest film Dangal is well on its way to smash his own records at the Box office. The day the film opened to some positive reviews, the world’s most productive factory and the most efficient distribution channel today namely the “forward factory” and the “WhatsApp channel” got busier than usual. Some of the forwards were rants comparing the position taken by the Aamir as the protagonist in his earlier film – 3 Idiots and now in Dangal. In 3 Idiots, Aamir was shown taking a dig at the typical mindset of Indian parents who don’t let their children follow their dreams. In Dangal, as a father Aamir completely takes charge of his daughters’ destiny to achieve “his” dream of winning a Gold medal for India in Wrestling. In whole of the film there is no evidence of him trying to find if his daughters share his passion! Be that as it may, this post is not about those films or of Aamir’s so called double standards as espoused by social media. 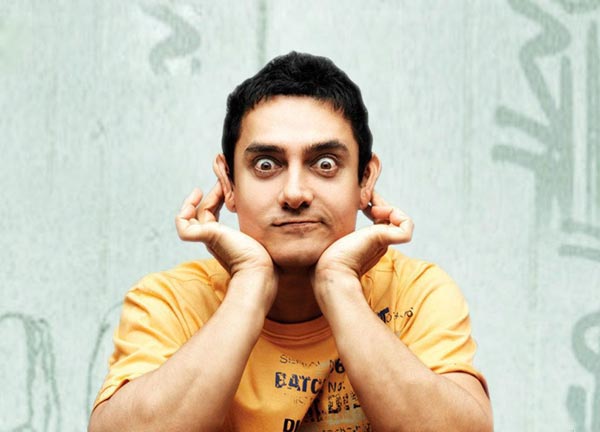 On the 1st day of a New Year when one is generally in a contemplative mood regarding chasing one’s dreams and passion,… the contrasting but at the same time practical themes of these 2 films of Aamir set the tone for this piece.  In the context of following one’s passion in career and life few pertinent questions arise:

These are complex questions with no easy answers. Hence the “Passion Paradox”! Only in an ideal world would we have all folks chasing their dreams and following their passion and be contented in life. In normal world for most, it’s an elusive chase as if you are on a tread mill!

For a lucky very few though, the passion thing falls in place nicely. They are lucky enough to identify their passion at a young age. Possess adequate talent around it. Have a supportive ecosystem at home. Exhibit a relentless drive to achieve their goals. Blessed with a bit of destiny supporting their cause to be among the best. And get handsomely rewarded for the same. Aamir Khan for example. Or a Sachin Tendulkar. But such examples are few and far between. I am sure even for Sachin there would have been days when he felt like running away from Cricket with the kind of pressure he was subjected to!

And there are some who get to pursue their passion at work on a day-to-day basis and also get paid for it. Something like what actor Kamal Haasan said of his life – “I have no complaints as I get Karumbu thinna kooli”!!! (Getting paid that too to eat Sugarcane). Or a musician for example. Even here, a passionate pursuit when it becomes an everyday battle with deadlines – it becomes a rut isn’t it??? As film critic Baradwaj Rangan an engineer by profession who incidentally left an IT career to pursue his passion of writing aptly puts it, “that following your passion, your dream, is fine, but just keep in mind that one day it becomes a job. No one tells you that, one day, the passion becomes the daily grind!!!”

So where does that leave ordinary mortals like us who don’t fit in the above 2 categories?

Here’s my personal views. Of course to each his own.

I feel that understanding one’s passion in the late teens is only “luck by chance”! For most that is a very confusing period with limited understanding of their own interests, strengths and an idea of what they want from life. As we evolve, so do our interests. So for many we get to understand our passion rather late. Having understood what gives us that inner joy, even if it’s not early in life or even if it’s not on full time basis, it is good to pick up that interest and pursue it.  This pursuit in parallel to the regular job could be indeed liberating. It could provide an exit to the everyday grind.

I do believe that unlike the previous generations, this generation and the coming ones are better placed for pursuing all sorts of dreams and passion. With more exposure comes more options and more understanding of what’s in store.  They could hopefully fit in more in the 2 categories I have mentioned. And hence less of this “Passion Paradox” for them! Or so I hope!

While on this, a big thanks to Aamir who wears passion for films on his sleeve and keeps churning out meaningful cinema while reminding us of following our passion 3 Idiots style or Dangal style!!!

On that note, my thumbs up to all to follow your passion and chase your dreams in 2017. Cheers!

This time of the year, the last week is usually a “feel good” week. There is celebratory mood around thanks to Christmas, holiday outings to look forward to and with a fresh New year coming up – a feeling of Hope. Had the year gone well, one is anyway happy and hopes that the good days continue into the New Year. If it had not, you want to quickly move on and again hope that the New Year brings some cheer. Was it Ghalib who said – ‘Umeed par Duniya Kayam hai…uska saath na chodo’ (Hope sustains this world, don’t lose its company!) So it is with fervent hope for Achhe Din (oops not the political type) that one usually steps into the New Year – year after year!

While there are 12 months, 52 weeks and 365 days to a year, when history is written a year is usually defined by what happened in a week or probably in a day.  And seldom have we realised when an event unfolds that it is history in the making. That is left to the wisdom of hindsight. For example, we now know that 1991 has been an important year for India. For opening up of the economy. For the end of license Raj. For unshackling the animal spirits. Yet, when the Industrial policy announcement was made in July 1991 by the Government, they were acknowledged by and large only as important “course corrections” considering the state of the economy by the media.  Then, they were not labeled historic.  The “Reforms” were always treated with suspicion and even in the Congress party there were many a doubting Thomases who derided the then Prime Minister Narasimha Rao and the Finance Minister Manmohan Singh. But today the rearview mirror displays that the reforms of 1991 have indeed left a positive trail in our country.

History is a great leveler. And at times more charitable than the present. So you find more eulogies on Narasimha Rao as a visionary, as a modern Day Chanakya,..,..  today than there were when he was alive. Or even when he passed away in the same month around the same date in 2004. Hence I was not surprised when Manmohan Singh in his last press conference as a Prime Minister famously said – “History will be kinder to me than the contemporary media!!!”

So likewise when history is written I do believe that 2016 will have a significant place in it for the one event which happened on the 8th of November – The Demonetisation of high value currency notes! We will know how the after effects of this move play out in the next few quarters. As I mentioned we live in eternal hope. So the hope is that we get over the pain caused by this move sooner than later and the economy is back in track by March/April.

But apart from this, if there is one thing for which this move will be remembered for in history, it will be for how Demonetisation changed some steadfast habits of Indians. As author Shankkar Aiyyar famously said in his book – Accidental India that almost all of India’s turning points like the White revolution, Liberalisation,…) were not the result of foresight or careful planning but were rather the accidental consequences of major crises that had to be resolved at any cost.  Similarly the cash shortage situation resulting out of the Demonetisation program in the initial few days was panning out to be a major crisis. (Some would say it is still, though I beg to differ looking at how ground situation has changed for the better) This made the buyers and more importantly the sellers think of carrying on with their businesses with no or less cash.

Today in a traditional market in Mumbai – the usual signboard which said “Credit Card and other cards not accepted” – has the word “Not” blackened out! Paan Walas sporting “PayTM Accepted here” is no more just a subject of WhatsApp jeers but a reality. Restaurants and other outlets no more scorn at you if you flash your credit card for small payments. At multiplexes, there was are big lines during the interval not for buying popcorn tubs, but for swiping cards in one solitary POS machine! Personally speaking I am left with more cash in hand than ever in the past few years! The expenses haven’t reduced mind you though I would have lived with that side effect!

So this change in behavior of using less cash and migrating to digital means seen in Metros and big cities which will also spread to small towns and villages in due course could again become one “accidental” after effect of Demonetisation. We all know the overarching benefits of a Cash less /Digital economy. Indians by nature are trained to be less transparent in terms of disclosures – in matters of income and expenses. If we are forced to shrug off this ingrained reticence and have now become more open to transparency (all digital payments leave a trail) I think it is one helluva big step for a country like India naysayers notwithstanding.

2016 has been a historic year when status quo has been demolished everywhere. Brexit, the ascent of Donald Trump and in India – the Demonetisation move. The underlying sentiment has of course been “HOPE” in all these of better times ahead.  With the ushering of another New Year, there is continued Hope. For, Hope is not just a good thing but is the “Best” thing! And isn’t it increasingly perilous to lose its company? 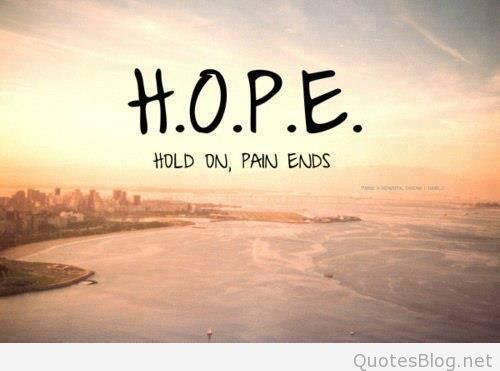 “Hoping” you will continue to read my posts and provide valuable feedback – see you in the next year!