It’s sad when someone takes his own life.

It’s sadder when the person is relatively young!

And even more sad when he is known to be a successful entrepreneur, a role model and founder of an iconic home grown brand!

As news started trickling in on Tuesday of the missing of Café Coffee Day’s (CCD) founder VG Siddhartha, leaving behind a letter purportedly written by him, a sense of foreboding loomed large.  When news of his death by suicide was confirmed the next morning, there was a pall of gloom, even among those who didn’t know him personally. That the brand he created touched many a lives across the country was enough to trigger a wave of emotions in the media, social media in particular. 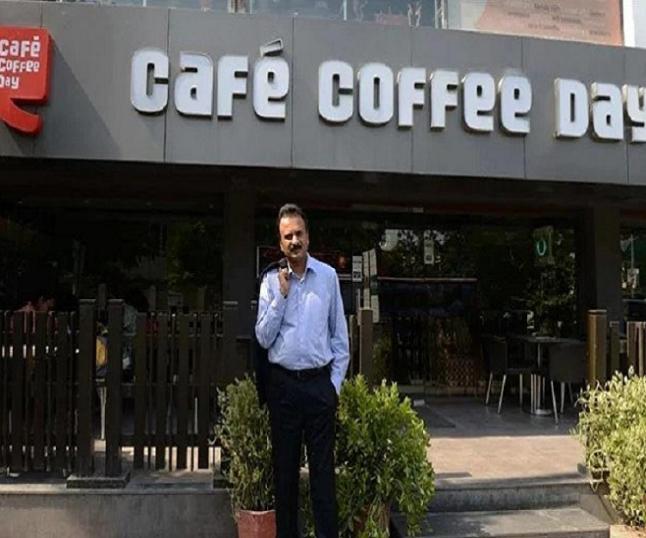 In general, people who have interacted with Siddhartha talked high of him as a gentleman who knew his moorings well. And who didn’t have an air of himself even after reaching a reasonable peak in his career quite early in life.  In his interviews which surfaced after this tragedy, he can be seen talking passionately of taking his brand to the high streets of the world. There is no much evidence of him being a corporate bully or as a person who grew too much for his shoes or as one who wanted to grow by hook or crook!

In the letter which surfaced on Tuesday, Siddhartha basically talks of three reasons which sort of forced him to call it a day! Pressure from investors, high debt and finally bullying by tax authorities. The narrative that followed this unfortunate incident had two extreme tones mostly picking up threads from the letter and joining the dots. One painted Siddhartha as a victim. In this version, people slammed the Government of the terror it unleashed on hapless businessmen like Siddhartha in the name of Tax compliance. “Tax Terrorism must stop” was the clarion call.  The other narrative painted Siddhartha as a businessman who took advantage of his political lineage and used it to grow while crushing others.  This narrative sort of led to the conclusion that he was no more a crook in a nice pinstripe suit.

Like in most situations these days, the truth could be somewhere in between.  I don’t know of Siddhartha personally.  So, I don’t have personal likes or dislikes of him. I don’t own CCD shares either. Though, I like some of the CCD outlets, as a once upon time filter coffee connoisseur, regret to say, I am not a fan of the CCD coffee!! Ergo, I do believe that I can have a very detached view of this situation.

First up, I do not want to buy the victimhood argument which is being bandied about. In his own admission, Siddhartha has admitted to some financial misdealing. It is the tax sleuth’s job to go after suspects in the way they have been trained to. There is no record of this particular IT officer having singled out Siddhartha for harassment without evidence. On the other hand, what would have been the reaction if the story was slightly different? Had Siddhartha not taken his life but taken a flight out to Cayman Islands under the cloud of debt, tax evasions and investigation trail, what would have happened?  The same commentators would be today slamming the Government and the authorities concerned of letting go of Siddhartha just like Nirav Modis and Vijay Mallyas of the world! Here the angle of Siddhartha’s Father in law, S.M.Krishna being a BJP sympathiser now will be put to use to flog the argument further.

Secondly, that he built an iconic brand that employs 30,000 people cannot be brought forward again to defend his omissions and commissions. Any entrepreneur as far as I know, doesn’t start out with a mission of giving jobs to people. Most probably the larger objective is to build a successful business. When the business grows, people are obviously employed to attain or manage that growth.  So this argument is a non-starter.

Thirdly, the overwhelming victimhood narrative is also because the brand Café Coffee Day touched the lives of many people all over the country and so many had their own CCD stories to share. Of businesses that were “started up” over coffee meetings, over jobs that were landed, over romances that blossomed, over handsome deals that were stuck and so on. My question is, what if Siddhartha did not build Café Coffee Day chain but, a nondescript but equally successful business that supplies components to a global car manufacturer that employed 30,000 people in his factories?  I bet the emotional outbursts in favour of this Siddhartha would be far lower!  It must be also remembered that apart from CCD, Siddhartha ran a slew of businesses from Coffee Estates to Hotels to real estates to being an angel investor!

My point is that in the absence of clear details, it is too early to curse the tax authorities or the Government of pushing Siddhartha literally over the brink!

At the same time, in the absence of full facts, it is also not correct to paint Siddhartha as a villain! In the aftermath of the tragedy, WhatsApp University started spreading unnamed posts of how Siddhartha evaded tax through a complex web of dubious transactions. As they say, there is no smoke without fire or in this case there is no coffee without the bean!  In fact, activists like SR Hiremath have been raising noise about Siddhartha’s dealings as early as Aug 2015!

Be that as it may, it could very well be that as Siddhartha himself admits in the letter, he committed grave mistakes. The point is, if at the end of the day his assets outweigh his liabilities, what was the need to take such an extreme step? He could have very well faced the law, paid up his dues and still walked tall. This is where there seems to be more than that meets the eye, certainly.

In life, Siddhartha imparted many lessons for wannabe entrepreneurs on how to build a successful and adorable brand in such a short time. In his unnatural “Calling it a day” as well, he has imparted a few key lessons!