Hindi Medium for the uninitiated is a Hindi film that hit the screens last week sans the trappings of the typical Bollywood fare but which holds a mirror to the society with a strong social message. Without any of the leading “Star Khans” but with just Irfan Khan as the lead star, I am not sure how far the film will reach eventually. After 3 Idiots if there was one Hindi film which leaves you thinking as you left the cinema hall about your kid’s education this must be it. In the film, the lead couple go to unimaginable lengths just to secure admission in one of the Top English medium schools in the city.  Because in the lines of the mother, “If the child goes to a Govt. school, she can’t learn anything. If anybody talks to her in English, she will not be able to fit in the society. Hence she will be lonely and will get depressed.”  The extremes the couple stretch themselves to secure that admission in a top English medium school like even trying to transform themselves to poor people to take advantage of BPL quota as per RTE act may sound preposterous.  But the message – that “English medium” is a mandatory passport for one’s flight to success in life is not lost on anyone.

Not just this one, but there were other films like Chetan Bhagat’s novel turned film – One Half Girlfriend and Sridevi’s super hit – English Vinglish dwelling on the theme of the need to master English to get recognized/get ahead in life. Ironically this is not some typical Bollywood fantasy but stark reality of India being mirrored in films.  At workplaces today, one’s command over spoken English is considered essential to rise up the corporate elevator whether you like it or not. There are very few careers I can think of today where one can still succeed without mastering the English language. Probably politics (where being oblivious to the English language can become your calling card) or some creative fields could be those. Otherwise even in medical field the reality is, you feel comfortable of a surgeon’s ability if he is able to explain the diagnosis and treatment course of your patient in eloquent English!!! Narayana Murthy of Infosys once controversially observed in the context of IITs that with Indian politicians “rooting against English”, the task of getting good English speaking students at IITs gets more difficult and that affected their quality .  He was being practical and honest. In urban India the caste system based on Manuvaad is gradually on the wane. But in its place there is a new caste system based on “Medium of Instruction” – English medium being forward caste and any other being backward!!!

However this is not the case in many other successful countries. In Germany you don’t need to master English to head an organization. In Japan, though knowledge of English is an asset particularly in an Export driven economy like theirs, lack of flair in English has never been a liability.  Same is the case with China.  It’s another matter that they probably now realise that if they had imbibed the English language they could have ruled the global commerce not just in Mfg. but even in services!

But then India is not a homogenous state with one culture, one lingo like Japan or Germany. We are “United States of India” where our culture, language, food habits,…,.. keep changing every 500 kms. We sort of got stuck in the middle where we couldn’t have Hindi or for that matter any other Indian language as a universal Pan Indian language due to our cultural diversity. At the same time English being a language imported due to the colonial rule couldn’t achieve the universal reach across the board. Result – we have a language divide. If we have to get out of this situation, it’s too late or virtually impossible to go back to a Japan or Germany universal Indian language model.  So it looks like adopting English language universally in India is only the practical option left with us to go forward from here. 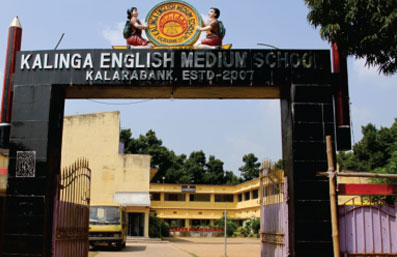 “Universally” is the key. It was the very articulate Shashi Tharoor who once said, “Denial of opportunity to learn English to our children would be tantamount to destroying their future” and I agree. It’s unanimously accepted that India’s command over English has been one of the key attributes to our success in Software business worldwide. So why not we build on our strengths and leverage the same? That is certainly not by keeping English a privilege of few and sowing the seeds for another conflict. Instead a way forward could be to make ‘All” schools in India – English medium schools and phase in English as the universal medium of instruction from a particular year in the very near future. This is not to shortchange our own native languages which still needs to be taught in the same schools but need not be the “Medium of instruction”. We could expect politics to play and outrage factories running on full capacities over this move.  But then have we seen wards of politicians who get educated from Non English medium schools?  By the way in our neighbouring Pakistan in 2013, I heard that Khyber Pakhtunkhwa province took a call to switch over from Urdu to English medium gradually in a period of four to five years!!! This could be a significant reform in the field of education that would ensure English not just being a passport to economic, social and educational advancement universally but a ‘Visa on Arrival” for growth, the likes of Donald Trump notwithstanding!!

This reform may not be “the” only cure for all the ills in our education system but would be a good place to start.

Postscript: While on this, just after the ascent of Mr. Chandrasekharan as the Tata supremo, a picture of him and his 2 brothers has been doing the WhatsApp rounds. It talks of the fact that the 3 brothers are actually are from Tamil medium schools from a village in Tamil Nadu and that today they were head honchos. The message being, one doesn’t need to be necessarily from English medium schools to get to the top. Well, not sure even if Natarajan Chandrasekharan will accept that premise today and forward that to his WhatsApp groups!!!