As Modi Sarkar completes 3 years in office this week, the media is abound with pieces on the hits and misses. Depending upon who the author is and his/her political leanings, the pieces portray either a Glass Half Full or Half Empty picture. Very few have been honest portrayals.

As Aam Aadmis, it’s but natural that our opinions are influenced by what we read/see in the media. So per what we see these days, the economy is doing rather well – India is the fastest growing economy in the planet. The stock markets are on fire and at historical highs! India’s consumer price Inflation stands lowest since we started publishing consumer price index in 2012. In the past weeks the Rupee has been strengthening Vs. the Dollar though this is a double-edged sword.  FDI has been seeing record inflows.

And if you go by some of the pronouncements of the Govt. there again the last 3 years have been very busy for the Govt. of India. Infrastructure projects mainly on Roads and Railways have been unleashed like never before. Govt. has been kicking off programs like Make in India, Skill India, Start up India,..,.. to increase the employment and employability across sectors. Price control though a very socialistic intervention has been resorted to particularly in the healthcare sector to prevent fleecing of the common man. Programmes like Jan Dhan Yojana, Swachh Bharat and Aadhar have been given a fresh impetus right from the top.

In the 1st 18 months, the Prime Minister took it upon himself to travel to countries that mattered to signal the change and restore confidence on the India Story. The results have been emphatic. World over, it is now acknowledged that this Govt. under Modi is on a crucial transformative path and probably this time this is for real and long-term. (In the past India always flattered to deceive).  The inflow of FDI and announcements of various projects in Mfg. and Infrastructure are there to see.

So far so good.

While this is the flavor in the media by and large, it will be interesting to know what the sense on the ground is. If one goes by electoral results as in a democracy it is the barometer of an incumbent Govt.’s performance, there are no two ways about Modi Sarkar. By and large in all types of elections, Modi and his government have got a thumbs up from the electorate. In Economic times’ survey of the Indian Industry, the Industry has clearly thrown its weight behind Modi Sarkar.

In Britain, mid-term opinion polls ask a simple question to respondents: “Are you better off today than you were three years ago?” It would be interesting to know the outcome if somebody does a similar mid-term poll in India to understand what’s in peoples’ mind.

My hunch is that the response will be a farrago of sorts. First, that the conditions on the ground are yet to change. And, second that still the people are happy with the Govt.’s performance.  And yet this is fully understandable. For all the economic indicators and the efforts which have been put in by the Indian Govt. so far, on the ground, results are yet to show up. The fastest growing economy or the influx of FDI or the flag ship programmes kicked off by the Govt. or the massive increase in infrastructure spending and the many other initiatives are yet to result in changes in the life of the common man. In terms of jobs/increased disposable incomes to workers, farmers, middle class,..  And yet no one seems to complain. People still have immense hope on the Prime Minister and his Sarkar.

This is where the Saar (essence) of Bhagavad Gita comes in. In Chapter 2, Verse 47 of the Gita, Lord Krishna says, “You have the right to work only but never to its fruits. Let not the fruits of action be your motive, nor let your attachment be to inaction.” 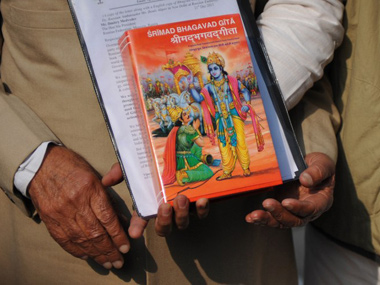 The public so far seem to be satisfied as long as their Govt. is earnest in their intentions and seen to be carrying out their job sincerely. The hope being that this is still “Work In Progress” and results will follow sooner or later. The common man’s response to Demonetisation is a good example of this behavior.

It looks like the Govt. is also taking this Gita Saar seriously and moving forward on a mission mode without getting too much flustered by the noise around it.  I must say here that while this is true for most of the ministries, there are some which have not taken the Gita Essence seriously. I am not sure if the Smart City project has gone beyond announcement of a list of cities. No one knows what the Ministry of Agriculture is up to in transforming the agricultural landscape which has been fraught with draught related woes at times and flood related at other times. That is to name a few.

So when the PM does a review of the performance of ministries on completion of 3 years, we hope he cracks the whip on those who have not taken their mission seriously. And reminds them of their Karma and another gem from the same Gita which says, “The meaning of Karma is in the intention. The intention behind action is what matters”. And declares,  Abki Baar Gita Saar!!!

With over an estimated 30 mill. people having reportedly watched the film Bahubali 2: The Conclusion, I can safely conclude that most of those who are reading this blog by now would have! This post is not a review of the film or about how the film has broken all collection records in the country either. But about a character called Kattappa and the political lessons it holds for the principal opposition party in India namely the Congress. In the film, apart from the lead characters, Kattappa is the one who evokes much recall and sympathy – a situation very similar to what Congress (which has its own few Kattappas) finds itself today in India.  Kattappa in Bahubali and Kattappas in Congress??? Let me attempt to join the dots. 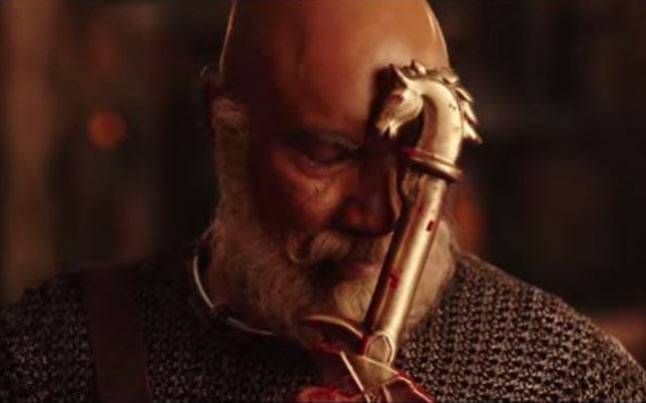 In the Bahubali series, Kattappa is an able warrior and sort of a leader of the forces of the Kingdom of Mahishmati. In terms of characterisation, Kattappa is shown as an extremely loyal, most faithful and a trustworthy soul who will do anything to protect his master – the ruler of Mahishmati in this case. He doesn’t mind others alluding him to a dog scornfully – a creature known for being utmost loyal to its master among all pets. At the same time, repeatedly he is depicted to be a prisoner of his own choice he has made in terms of being loyal at any cost. In the film there are 2 crucial mistakes he commits as a result of putting his loyalty ahead of being truthful. First, he lets the Queen announce Bhallaladeva as the King setting aside the earlier announcement of Amarendra Bahubali without making any attempt to clear the air in the Queen’s mind about the right and good intentions of Amarendra in wanting to marry Devasena. He makes no attempt to let the Queen know that Devasena likes and prefers only Amarendra to be her life partner. Second, he carries out the order of the Queen to kill Amarendra though he knew very well of the conspiracy of the Bhallaladeva camp to create misunderstanding and confusion in the Queen’s mind. These crucial mistakes deprived the people of Mahishmati the governance of a benevolent leader like Amarendra and instead were at the mercy of an unkind and autocratic ruler like Bhallaladeva.

Well, that’s what happened in the 2 part film that helped the Director weave an interesting story of palace intrigues in a huge canvas unseen so far in Indian films and create history!  But what has Congress to do with this?

Today in India, the Congress party is in crossroads and may be at its lowest ebb. The climb has been downhill since 2014 when it was reduced to an all-time low in the Lok Sabha. The string of defeats in most of the state elections since then have been catastrophic. The principal ruling party in India namely the BJP is systematically moving forward on its slogan of making Bharat – Congress Mukt. Apart from Congress there is no other party which can be called truly a Pan Indian political outfit. Under these circumstances for a democracy to be one, a truly credible opposition party with an alternate narrative is a must. Any ruling party must have at least one if not few other parties breathing down its neck any point in time for its own checks and balances. Not to mention of the country’s. And that’s why a revival of the Congress party from where it is today is a must.

Congress led UPA had their chances in changing and developing India for 10 years since 2004. I am for the moment ignoring the 50 years they had, prior to 1998.  Congress had and in fact has quite a few Kattappas in their ranks. Experienced, Able politicians and administrators who I believe had answers and solutions to the many ills the country faced when they came back to power rather providentially in 2004. However all of them ended up being true Kattappas who only put loyalty to the rulers (Gandhi family in this case) as their priority and did what served the family well rather than the country more often than not. The result – in spite of the benefit of global tailwinds helping the economy till 2010, UPA couldn’t change things much on the ground in their 2nd term and lost the elections to BJP in 2014.  The many new ideas their leaders had, got intertwined in turf battles between ministries and never were implemented with rigour. Coming back to the present, the Kattappas of the Congress continue their old ways the string of bad news at the hustings for the Congress notwithstanding. The able leaders still remain so loyal to the Gandhi family that even today they are reluctant to come out with their honest prescriptions to revive the Congress. They all make the “right” noises in public but being “right” is seldom being “honest”! The Congress today suffers from a uninspirational leadership in the Gandhi family. However the very able and even intelligent Kattappas of the Congress party continue to labour paeans on the Sonia-Rahul leadership without ever being critical of some of their moves since 2014.

My view is that unless the Congress party’s leaders come out of their loyalty web and challenge the strategy and some of the decisions of the party’s leadership thereby leading to some churn in the thinking of the party, the drive may continue to remain downhill for some time.

Coming to think of it, it took us 2 full years since Bahubali 1: The Beginning for us to comprehend the ill effect of Kattappa’s mindless loyalty to the rulers. It’s already 3 years now for the leaders of Congress to realise the ills of theirs. And if they are among the 30 million to have watched the film, it may be good to take some political lessons from the on screen Kattappa!!!

P.S: In the above piece, one can “find” Congress and “replace” with AAP and I guess most of it will hold good as well!!!