Boxing a tribute for a man who just completed a journey of 1000 films as a music composer in my usual limit of 1000 words is going to be tough. Even tougher is going to be the task of choosing from his expansive body of work for driving home a point. So it is with much trepidation, I sit to pen this tribute to the Maestro Ilayaraja, – as per me the best “all around” Indian composer of film music of our times on his 1000th film as a music director. The film Thaarai Thappattai (names of folk percussion instruments) and its maker Bala are indeed lucky to be a part of this milestone. 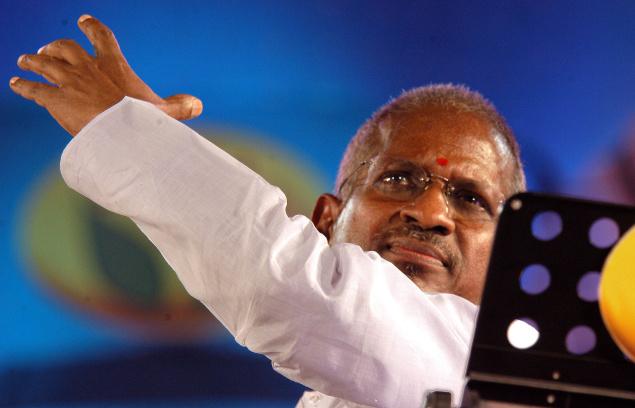 For those in their 40’s and 50’s and who grew up in the south of Vindhyas and Tamil Nadu in particular, Ilayaraja (Raja from now on) would have been a fellow traveller in life with his music. Tamil Film music has 2 eras – one before Raja and the other after. For the very discerning and ever critical ears in South India inspite of Raja making waves early, I would say he was on “probation” probably till his 100th film – Moodu Pani.  That was a good 5 years since he made his debut in Annakili. Till then, there was a feeling that though he was good, he was repetitive and can’t see beyond Tharai Thappattai – folk style I mean. But ever since this landmark of 100 films I must say there was no looking back. And as we stepped into the 80’s Raja with his music was like “Narasimha Avatar” – Omnipresent. Thoonilum Irunthar, Thurumbilum Irunthar!!!

Honest Disclosure. I am an unapologetic admirer of Raja’s work. A lot has been said and written about his modest upbringing, his travails as a struggler in Madras,..,… and how he became what he is today. So not going to dwell on those. This piece is entirely going to be on my connection with Raja and his work.

For me the tipping point was Raja’s music in Bharathiraja’s Nizhalgal.  In a middle class household with just a radio to define the entertainment quotient, my first brush with Raja was the Sunday afternoon programme in Trichy AIR called Neengal Kettavai where the top 10 songs of that time were played. I remember many weeks when the entire 10 songs were of Raja’s. Then gradually technology presented many options to be in touch with Raja.  From his initial style of churning rustic tunes and melodies, gradually his repertoire extended to Western Classical melodies, tunes laced with Carnatic scales and other contemporary stuff.

I started this intended hagiography like piece on Raja by saying that he is the best “All around” music composer of our times. His music was melodious at times, haunting at times, chirpy at times, romantic at times, melancholic at times. I am now at a loss of better adjectives. Enough to say that his music went beyond just great songs. Many aspects of his work prove this beyond doubt.